My partner teaches Cultural Diversity to college freshmen. Over the last 10 years she’s run into African American students who’d never even heard of American slavery. Other students in the same class assured her that Africans were happy to be transported (for free!) to the greatest country in the world, so they could work happily alongside all their friends. It wasn’t slavery, it was a lifestyle upgrade! (where to begin??)

Most of her students have never heard of the Japanese American internment camps of WWII, about 1/3 thought American Indians are extinct (some thought they were invented only for the movies) and nearly all of them KNOW for a fact that Arabs and Muslims mean the same thing – the two words can be used interchangeably. (where to begin??)

Let’s see. There were those who just assume that Civil War and Civil Rights are the same thing, and that slaves could escape their cruel southern masters by hopping a bus (they’d have to sit in the back of course) before joining MLK to protest – right after Rosa Parks was shot. (No, really)  My favorite student essay might be the slaves who escaped from England. Longing to see the Statue of Liberty they steamed into San Francisco Bay, after visiting Hawaii. (no really) 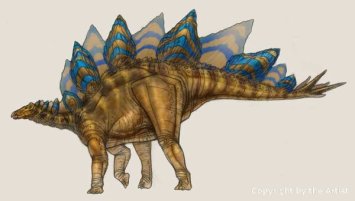 But I didn’t meet any of these nice people.  For one I’ve actually met you have to go to the DMV.  My partner and I were waiting to get an updated ID.  What was typically a long wait was made even longer because the computers had gone down statewide.  So we waited, and waited….  Eventually the fellow sitting next to me struck up a conversation.  They had rotating trivia questions about the state posted on a screen, so he and I started a fun little competition (this is how I learned that the Stegosaurus is the state dinosaur of Colorado).

But that could only amuse for so long.  The nice fellow next to me started muttering about how inefficient the DMV was, and the government in general.  I had to agree, there’s a lot of room for improvement.  Encouraged (my bad!), he started to explain his opinion of Socialism, and why it is the basis of all evil.  Not wanting to antagonize the guy I was going to sit next to for the next few hours, I cautiously agreed that any system of government, taken to the extreme, was a bad thing.  Encouraged (my bad!), he warmed to his topic and started describing in detail all his perceived ills of “The Man”.  But the more he carried on, the more it became obvious that he had no idea what any form of socialism actually consisted of (imagine if he knew there was more than one!).  In fact, he was actually describing a pretty accurate description of Fascism.

If you’ve read my blogs for any length of time, you know by now that my partner is a college professor.  She is a much nicer person than I am, on the whole.  But she can only handle so much egregious ignorance in one sitting.  So she looked around me, smiled sweetly, and said “You realize you’re talking about fascism, right?”  The look on his face was so comical I had to bite my tongue to keep from laughing.  Then, indignant as all hell, he decided to explain that she had NO idea what she was talking about.  Oh dear.  She listened for a few seconds, then nodded and said “That’s not socialism at all.  It’s Fascism.  And you’re right, it’s pretty much the definition of evil.”

By now my new friend was so indignant he was almost babbling.  I gave up trying to smooth his feathers.  Instead, I tried a different tactic.  “I’m not quite sure what Socialism is…. “, I began.  Huffing a bit, he agreed this was certainly true.  “… so I was wondering if you could explain it to me.  What is the definition of Socialism?”

I almost felt sorry for him.  On the one hand he was happy and flattered that I had handed the conversation back to him, and that I asked him to explain things.  On the other hand, there was no possible way he could define the term.  But he was mollified to the point where he admitted that he didn’t know the precise definition, even while he certainly knew what he was talking about (unlike my partner…)

“Oh, I can help there!”  I whipped out my handy cellphone and called up the definition. “so·cial·ism – noun: a political and economic theory of social organization that advocates that the means of production, distribution, and exchange should be owned or regulated by the community as a whole. ”

“That’s how the United States creates and maintains schools.”  My partner was not being subtle.  “And roads,” I included.  “And the police,” she added.  “And firefighters, and the military, and …” 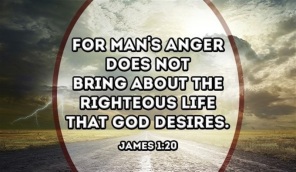 The look he gave us might have frozen a campfire.  “I’ll thank you to read to yourself!”  Then, as much as it was possible seeing as how we were seated next to each other, he turned his back on the pair of us, reached into the backpack at his feet, and pulled out a Bible.  He opened it to Leviticus (of course he did!) and kept his eyes firmly fixed on the page for the rest of our time there.  Interestingly, he never turned the page, he just stared at it, as though the very act of opening the Bible rendered any other argument invalid.  I thought about sharing my favorite passage from James with him, but I decided he’d had enough for one encounter.

Don’t get me wrong.  I understand the dangers inherent in taking Socialism to extremes.  Any form of government can be bent and twisted into something horrible.  But this guy so clearly had no idea what he was talking about, I thought it was my civic duty to insert a few facts into his skewed worldview.  This was several years ago, before he no doubt voted for Trump with glee.  But I do wonder if he still remembers his encounter in the DMV.  I suspect not.

Edit: BTW, the first photo depicting “happy slaves” isn’t a political cartoon.  It’s actually from a children’s book published by Scholastic – “A Birthday Cake for George Washington”.  The book tells the tale of all the happy slaves who work for our nation’s first President and why they were delighted to bake for him, especially on his birthday.  Just… where to begin?

Advertisement
Follow Diary of a Young Curmudgeon on WordPress.com